Over 400 hours of video is uploaded to YouTube every minute. Delve inside to this and you can find inspiration, this is something that I feel has changed me in the past three years.

You may know what ‘vlogging’ is. ZC Social Media’s founder, Zoe Cairns does live vlogs regularly. ‘Vlogging’ is where a person videos themselves doing something. This can be anything from filming yourself on a plane to walking along a street. Anything. A vlog is a combination of clips put into a video which is usually uploaded to the internet. So if I was watching a vlog, I would be watching a combination of clips from someone that have been shot throughout their day. It’s like an overview of their day. But how can this inspire you?

The amazing thing about watching a vlog is that it allows you to see other parts of the world thousands of miles away from someone’s point of view. You get their honest opinion on everything and can see the less touristy sides of a place. The two that have impacted my life and inspired me are Ben Brown and Casey Neistat. Ben Brown has over 500,000 subscribers whilst Casey Neistat has nearly 3,000,000 and averages over 1,000,000 views per vlog. I found Casey’s channel through Ben’s videos. If you can find one person that will inspire you, you’re on the right track as those people spend a lot of time with people with the same vision and the same goals as them.

Ben Brown was the first vlogger I ever watched. He travels a lot (mainly between the UK and South Africa) and runs 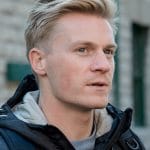 his own clothing line. If you watch a Ben Brown vlog you will see him regularly eating healthy, going for bike rides, runs, hikes etc. He is a fantastic role model and is using his large audience to inspire people to eat healthy and be active. Watching Ben’s vlogs has made me a lot more creative and has enabled me to find a new passion, photography. He has made a huge impact on my life for the better, just like Casey Neistat. 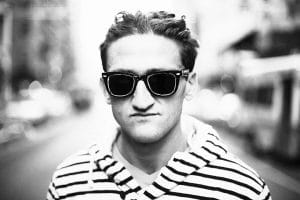 Casey Neistat is a film maker and vlogger based in New York City who also runs a company called Beme, which is a mobile app. Casey is someone I look up to highly. He does not travel as much as Ben as he has a family and runs his own business so when he does fly somewhere it will usually be on business. Throughout these trips you will find him sharing fantastic advice, whether it be travel, life or business related.

The link between the two of them is that they are both hardworking, honest people who are sharing their advice on the internet with the intention of inspiring others. Since I have started to watch Casey and Ben I have become a more active, productive, motivated person. I have tried new things and am more motivated to succeed and achieve my dreams and goals in life. The best thing about it? If I ever do need inspiration, I can click on Youtube and watch one of their videos. A truly great YouTuber is a great role model. I’m sure there are a lot more vloggers out there like Casey and Ben who are inspiring people daily and helping others achieve great things. I will end this article with the way Ben ends his vlogs. Work hard, be nice to be people, and try not to get lost or killed.