The internet is a great place for people to stay up to date with current events and affairs. With the BBC and other news 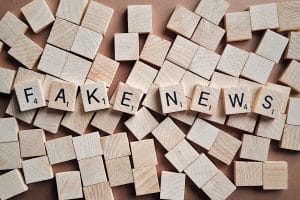 providers, all having a presence on social media, finding out what is going on in the world is not a difficult task. However, there have been more and more reports recently of ‘fake news’ which circulates the web and can often give people very wrong ideas about individuals or companies. We’re taking a look at the fake news, and why it is, in fact, a very dangerous and damaging thing to be out on the web at all.

So what is fake news?

To begin with, let’s take a look at what fake news is. The concept of fake news is basically what the title would have you believe, in the sense that it’s just a story about an event or person which is entirely fictitious. There is no basis or logical grounding to the concepts that are created with fake news; it has come about as the result of someone’s imagination. This can be very dangerous, as people can say practically anything about anyone and there’s a huge risk that is spread around social media.

So why do people print fake news?

You may ask yourself when looking at fake news, ‘why does anyone bother to make this, when it’s just a lie and bad for companies and individuals?’. The real power behind the fake news is in fact when it is used on social media sites, like Facebook or Twitter. These types of sites are huge and have millions of users on a daily basis, so there is plenty of potentials for people to stumble across a fake news story and then believe it to be legitimate, and thus begin sharing it, to the detriment of a company. 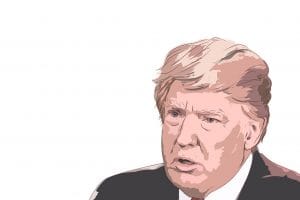 The main problem is that social media is a very effective way to spread the news around, regardless of whether it is true or not. This can be especially problematic when people are deliberately trying to discredit someone or to turn public opinion from one way to another, with the most prominent example being the 2016 elections for the President of the United States, with Donald Trump having all kinds of fake news created about him, in an attempt to discredit him. While these fake news stories can be in no way affiliated with the person they talk about, they can still be extremely damaging things for companies or individuals when they share it without realising it is false. Fake news is never a good thing, as it can damage a brand or reputation beyond repair, and can make you seem false and untrustworthy.

Overall, fake news can be a very dangerous and discrediting resource for people to use, and there’s a considerable amount of it on social media for that very reason. Fake news can promote a story which isn’t true, or alter public opinion dramatically, and is something everyone should be careful to watch out for. As a company, or a forward facing business, you should take great care when sharing news online, as it could be fake, and this could be massively damaging to your reputation.  Dig a little deeper and do some online research before you share anything!